There are many factors involved in making that critical decision to send children to what parents hope is the right school. After all, elementary, middle, and high schools are charged with building a solid, promising educational foundation for all children to prepare them for success in college, trade schools, the military, and ultimately for us all, the workplace. No pressure!

In selecting a school, parents look for high academic standards, an emphasis on children’s character development, a safe and secure learning environment, and ultimately, a school whose staff love children and are passionate about delivering a highly engaging educational experience. At Irvington Community Schools (ICS), we have had many staff members who have opted to have their children educated by their employer. We thought we would ask a few of them just why. So in their own words… 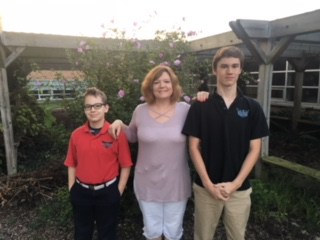 I had already been working at ICS for a few years when it was time to enroll my oldest son in Kindergarten. I knew that the teachers here were topnotch and that my children would receive a well-rounded education, including Physical Education and cultures classes. At that time, I lived in a “big box” district with good schools, but I felt like my kids would be just a number there versus the small, family-like environment at ICS.

My children have both attended ICS since Kindergarten. I’m still happy with my decision and am confident that they will be prepared for college and the world beyond once they’ve graduated from IPA.  My children have made lifelong friends at ICS and love their teachers (well, most of them  J ).  They’re each interested in many subjects, but have been able to find their niche at ICS and get involved in things they’re passionate about, such as music, drama, and robotics.

Like many others, my children look back fondly on their time at ICES with Mr. Stallard and Mrs. Stuckey. Each of them performed in Mr. Stallard’s annual class play, which has led Harrison to seek out additional drama experiences now that he’s at ICMS. Both boys are in band with Mr. Wingett, and he is definitely one of their favorites. My sophomore, Isaac, is in his second year of history classes with Mr. Prange and ranks him among his favorites as well, due in part to the amount of knowledge that’s crammed into each class period, but also due to Mr. Prange’s personality and sense of humor. I particularly like that my sophomore has already visited several colleges in Indiana and is planning ahead for his future after high school. He’s considering early graduation and will be able to graduate with honors in three years.  We are also looking forward to taking advantage of IPA’s Spanish Club trip to Spain and Portugal in spring 2019!

I have high expectations for my children, both behaviorally and academically. That would be true regardless of what school they were attending. But it’s been challenging for them to know that the expectations for them are even higher than they are for other students given my leadership role at ICES. They know that I can check PowerSchool 24 hours/day and will have contact with their teachers right away if they’re slacking off. They also know that if they get in trouble at school, I’ll hear about it long before I ever pick them up at the end of the day! There were a few years with each of my boys when I was the principal in the same building they attended. We worked hard to draw clear lines between “mom” and “principal,” but I’m sure it was tough for them at times. Other kids assumed that my boys having their mom as the principal meant they could get away with more, but that couldn’t have been further from the truth!

When we were preparing to move to a new home in recent years and considering whether or not to enroll in our new district, both of my students were adamant that they were not changing schools and wanted to stay at ICS. I see this as a testament to the relationships they’ve made and the quality of the education they’re receiving here.